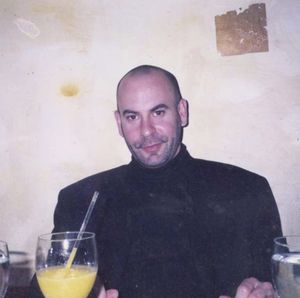 Joseph Reich is a social worker and displaced New Yorker who lives with his wife and eleven-year-old son up in the high mountains of Vermont. He has been published in a wide variety of eclectic literary journals both here and abroad, and been nominated six times for The Pushcart Prize. He is the author of many books, including A Different Sort Of Distance (Skive Magazine Press, 2010), If I Told You To Jump Off The Brooklyn Bridge (Flutter Press, 2010), Pain Diary: Working Methadone & The Life & Times Of The Man Sawed In Half (Brick Road Poetry Press, 2010), Drugstore Sushi (Thunderclap Press, 2010), Escaping Shangrila (Punkin Press, 2011), The Derivation of Cowboys and Indians (Fomite Press, 2012), The Housing Market: a comfortable place to jump off the end of the world (Fomite Press, 2013), The Hole That Runs Through Utopia (Fomite Press, 2014), Taking The Fifth And Running With It: A Psychological Guide for the Hard of Hearing and Blind (Broadstone Books, 2015), and Connecting the Dots to Shangrila: A Postmodern Cultural History of America (Fomite Press, 2016).

The Rituals of Mummification