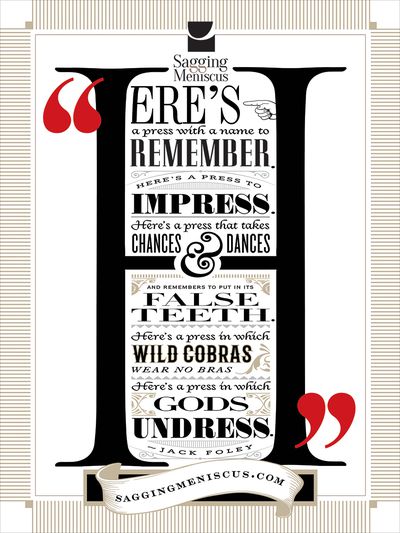 “Our favorite publisher of the unexpected."—Seattle Review of Books

Sagging Meniscus Press publishes nonconformist, aesthetically self-determined literature—books that want to be themselves.

Sagging Meniscus books are distributed in the US, Canada and Australia by Ingram Content Group.

In the UK, Europe, Asia, Africa and the Middle East, our books are distributed by Gazelle Book Services.

All our titles may be ordered from independent bookstores, or purchased directly through online retailers such as Bookshop.org, Amazon and Barnes and Noble.

Why the odd name “Sagging Meniscus”? What does it mean?

Meniscus, from the Greek μηνίσκος, means literally crescent moon, but can also refer to a number of other crescent-shaped things:

All of these interpretations resonate in our name, but as it happens the original context was the following sentence from the novel Hoptime:

They slopped around in the mud awhile, and finally cast their nets into more abundant waters, namely, the Ocean-At-Large, with its enormous meniscus sagging tautly over the chiffon of my mind. (from Part One, Chapter 18/XII)