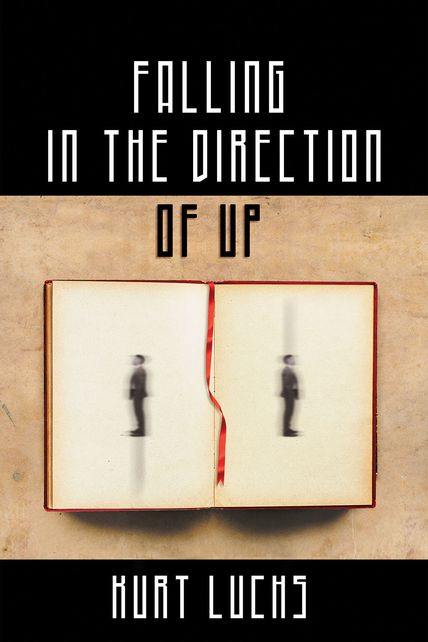 This, the first full-length poetry collection by Kurt Luchs (author of It’s Funny Until Someone Loses an Eye), contains enough references to the present moment to signal that it was written in this century, but otherwise it seems almost a book from a different era, specifically, that of the innovative American poetry of the sixties and seventies. The author has clearly been inspired by the free verse of Robert Bly, W.S. Merwin, James Tate and Charles Simic, among others. However, his voice remains very much his own: lyrical, direct, mysterious, funny and awestruck by turns, often in the same poem. There is nothing trendy or up-to-date about these poems, which may be why so many of them feel both fresh and timeless.

He divides the book into four sections forming a loose sort of arc. The opening section, “Feral Grief,” recounts a brutal and loveless childhood endured with his siblings, a dark tale he tells without self-pity and with flashes of savage humor and grace. One of these poems, “Suzie,” about a memorably awful family dog, won the 2019 Atlanta Review International Poetry Contest. The second part, “Night and Morning,” shifts the mood into the light with closely observed nature lyrics and meditations. Section three, “The Sound of Water,” appears to be a catch-all housing the surreal, the satirical and the spiritual, a kind of literary thrift store window where a comic swipe at the false promise of shampoo-conditioner sits comfortably next to a heartfelt tribute to J.S. Bach. He concludes with a powerful section that shares its crookedly optimistic title with the book itself, “Falling in the Direction of Up.” These are striking love poems that range from joyful to mournful to sensual to bemused—again, sometimes all at once—sharply written and revealing the redemptive power of the human spirit.

Taken together, these accomplished verses read less like a first book than like the work of a poet writing at the height of his powers, what James Wright called “the poetry of a grown man.”

“[W]ritten with sharp wit and utmost creativity…. Luchs does not only express his inner thoughts, memories, and feelings, but he also engages the readers in interpreting, analyzing, and reflecting on them. Readers interested in poems whose style, rhythm, and structure transcend rigid and traditional poetry will enjoy reading this poetry collection.”

“All these years later I still ponder it, / the mystery of evil, Luchs writes, and in a series of moving, brave, and honest poems speaks of childhood’s feral grief, the cruelty of his father’s belt, of the stormtrooper in fur, Suzie, who would bite anyone. Never self-pitying, Luchs’ poems offer the earned wisdom that to forget would be to lose yourself / and everything that made you. Weathering Rudy, the neighbor who abhors dogs but operates a kennel, the man driving a red Mustang with abuse on his mind, and a father who plays Hitler’s Inferno, Volumes 1 and 2 for Christmas has made Luchs a poet. Although he offers this advice: grow your own shell / and carry it with you always, Luchs removes his shell and translates experience into darkly quirky and deftly crafted poems. And then, the collection moves stunningly when Luchs is taken unawares by love. In one of the several beautiful love poems, we are tenderly told that whatever it is we believe we are doing, / we are always either falling to earth / or falling in the direction of up. / I will fall that way if you will fall with me, /and it occurs to me now that two hands / holding each other almost make a wing. I urge you to take this book in both hands and allow yourself to fall into it, to fall in love with it, to fall in the direction of up.”

—Marion Starling Boyer, author of The Sea Was Never Far

“Kurt Luchs gives us the blown-out chambers of his heart in his new collection Falling in the Direction of Up. The poems are as muscular as they are graceful, packing a punch that leaves one breathless. They are wrenching and savage in their veracity. With language that is both familiar and surprising in imagery and turns of phrase, Luchs explores his life with a stick of dynamite instead of a flashlight. His personal history works its way into one’s bones with a controlled, humming syntax. There is compulsion and hunger here, and a soft place, too, where a kind of silent wisdom finds itself grounded. Hold on tight when reading this collection, hold tight and then let go.”