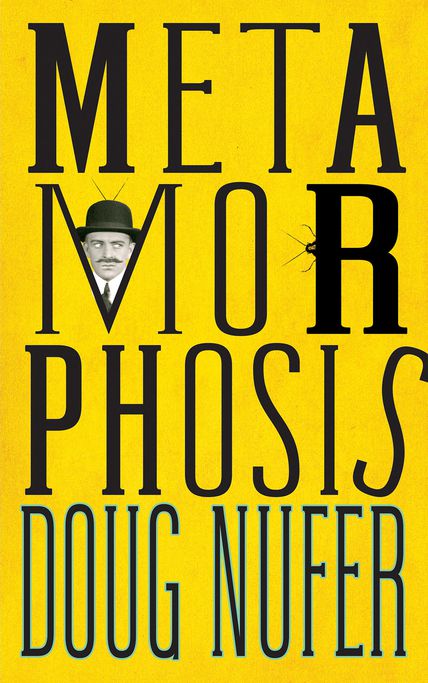 In Metamorphosis, Doug Nufer first metamorphoses The Metamorphosis, Kafka’s famous story, by subjecting a composite English translation of Kafka’s full text to anagrammatic transformations that carefully retain the semantic outline of the original, but submerge it into the bubbling stew of zany detail that emerges from Nufer’s richly inventive, often hilarious, and strangely beautiful wordplay. Then he turns his attention to an iconic excerpt from the beginning of the German text, rendering it into a dizzyingly diverse series of shapes and effects by various technical means in a virtuosic demonstration reminiscent of Queneau’s Exercises in Style. “I wonder where my project belongs,” Nufer writes in an afterword; “Maybe the appeal of venturing into a maze of translations and other constraints is analogous to the appeal a traveling salesman living with his parents and sister at the turn of the last century might have felt when, at the end of another awful day of work, he took up his needles to play.”

“Mutation is the name of the game that Nufer plays with Kafka here, and it is a vertiginous one, confronting us at every step with the exhilarating strangeness of language.”

“A chronicler of constraints, Doug Nufer takes us on a semantic journey deep into the upside down of translation and transformation, a wild ride no Google Translate could reproduce.”

“Doug Nufer redefines language and structure in powerful ways. Can I also say ‘beautiful’ ways? Because there’s much power and beauty in these new lineaments.”