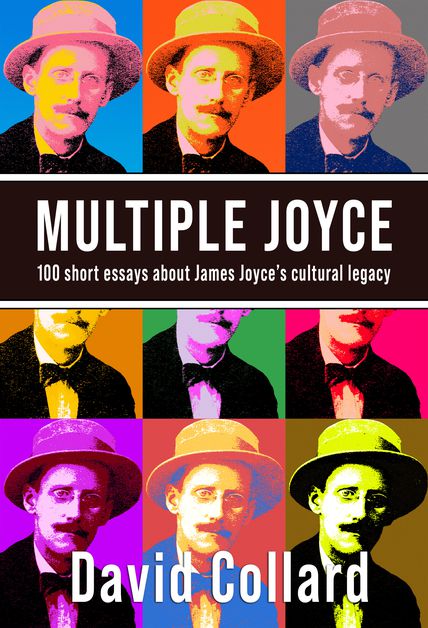 In one hundred short essays David Collard navigates James Joyce’s astonishing cultural legacy in the century since the publication of Ulysses in 1922.

As Rónán Hession puts it in his foreword, Collard is above all “good company”. Whether you’re a devout admirer or wary newcomer, this surprising, unconventional handbook offers an entertaining prompt to dive into the depths of Joyce’s ever-expanding universe with a new awareness that it is very much our own.

Read an excerpt on RTÉ.

“I wish that the first time anyone heard about Joyce was from David Collard.”

“What’s the opposite of lockdown, as a noun, a verb, a state of mind? It might be, to enjoy reading, thinking, and forging connections with as much expansive conviviality as David Collard does here. James Joyce has led him a merry dance this last century, down Dublin tram-routes and through literary lineages, and Collard now takes his turn as a generous and free-thinking guide. Multiple Joyce is a tour de force of curiosity.”

“Neither a Joyce scholar nor a Bloomsday amateur, Collard knows the value and risk of both approaches to the man and his books, and steers a brilliantly idiosyncratic and richly digressive course between them.”

“The story goes that a man in Zürich once asked James Joyce if he could kiss the hand that wrote Ulysses. Joyce declined, saying it had done many other things as well. Multiple Joyce is a book inspired by those other things—it fizzes and astonishes at every turn, springing Joyce’s masterpiece free from the idolatry of academe and reminding us how strange and hip it must have seemed in 1922.”