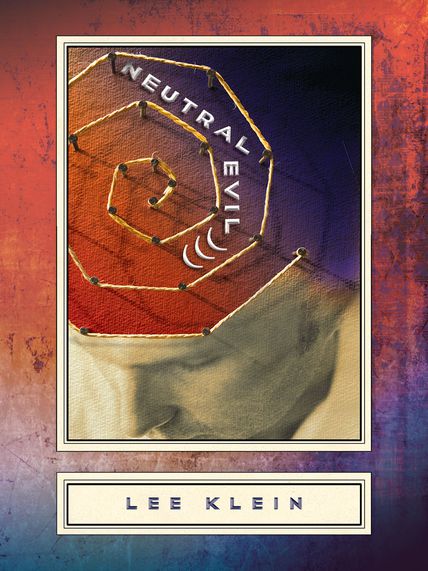 Hear the author read an excerpt on the Zero Point Fiction podcast.

Read Nicholas E. Barron’s interview with the author at Bidwell Hollow, and another interview, with Michael B. Tager, at Fear No Lit. The latter also includes a short excerpt. There is another substantial excerpt from the book at Vol. 1 Brooklyn.

“At the nub of this novella is a love of music, as evidenced by an epigraph from The Fall, the narrator’s lingering descriptions on the properties of various purchased guitars, the resonant rumble of earth-shaking live music from the likes of Swans, and its liberation from Twitter tyranny. A neatly constructed piece with an improvisatory feel, more Knausgård than Bernhard, Neutral Evil ))) is an engaging and fat-hearted work, beautifully hewn in Klein’s sumptuous, impeccably crafted prose, with charm and insight in abundance.”

—M.J. Nicholls, author of Scotland Before the Bomb

“It’s the thoughts of the narrator, and the feeling of thought in general, which Klein depicts so well in Neutral Evil ))). There’s a looseness and lightness to the writing which reads like thinking, with tangents, unlikely plans, and memories interrupted and shunted around by the real world.

“You might not care as much as the narrator does about guitar amps, but that’s fine. He’s not aiming to impress. This is simply a snapshot of a moment in a life, deftly captured.”

“Lee Klein’s novel Neutral Evil))) is not about [the ideological gap created by the election of Donald Trump], but about living in the world it created. It’s also about drugs, anxiety and minimalist drone music. It’s properly fragmented like the world we live in.”

“Ultimately, the narrator’s chronicle of his autumnal evening out seems a story about growing up, about finally accepting the prerogatives of adulthood and, if not renouncing, beginning to let go of childish things. This narrative mode is of course one of the principal devices of literary fiction (here becoming a delayed coming-of-age story, perhaps), and Neutral Evil))) renders the story mostly without the suffocating, self-distancing irony found in much autofiction. It’s a quality of the book that most clearly marks it as fiction, the ‘auto’ merely a means to an end.”

—Daniel Green, in The Reading Experience

“Klein’s prose is loose and effortless, a clever, comical game of mental associations combined with incisive social commentary. He likes lists, lots of them, building noun upon noun, adjective upon adjective in a way that is obsessive and relentless; his own words apparently spiralling as he anxiously tries to regain control…. Here, politics and music merge—quite literally—symbolically, forming a central theme in this novella, which is at its heart an homage to the power of sound…. The mood of the evening, of the novella itself, is not always so sparky and electric, the drone of the guitar apparently mapped onto the drone of our narrator’s domestic life. For reality is prone to pierce the escapism of Klein’s big night out, the reality of a certain kind of male experience, which is seemingly bleak, boring: the amalgamated tedium of life…. Deftly, honestly, Klein seems to capture the spirit of manhood in modern-day America: taking pains to check his privilege … he realises, all the same, the legitimacy of his own grievances…. It’s a depressing, but honest, backdrop to what is ultimately an anxious, angry, energetic novella, sometimes humorous, sometimes heartbreaking in its accuracy.”