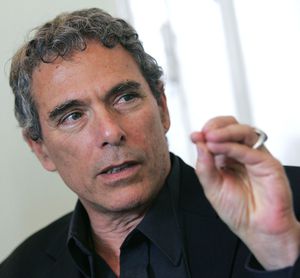 Israeli poet, novelist and essayist Amir Or has been recognized as a major voice in world literature. He is the author of eleven volumes of poetry, the latest being Prophecy of the Madman (2012), Loot—Selected Poems 1977-2013 (2013) and Wings (2015). His novels include The Song of Tahira (2001), a fictional epic in metered prose, and The Kingdom, a novel about the life of King David. He is the recipient of numerous Israeli and international poetry awards, including the Pleiades Tribute of the Struga Poetry Festival for having made ``a significant contribution to modern world poetry,’’ the Fulbright Award for Writers, the Bernstein Prize, the Levi Eshkol Prime Minister’s Poetry Prize, the Oeneumi Literary Prize of the Tetovo Poetry Festival, the Struga Wine Poetry Prize, the Stefan Mitrov Ljubiša International Award from The Budva City Theater, the European Atlas of Lyrics Prize, and the World Through Poetry Award of the Blue Met Montreal “for the exceptional depth and quality of his poetry.” Or has been awarded prestigious fellowships from the University of Iowa, the Jewish-Hebrew Centre of the University of Oxford, Fondación Valparaiso Spain, Hawthornden Castle Scotland, and the Irish Heinrich Böll Foundation, among others. His poetry has been translated into more than forty-five languages, and he has given readings and lectures in dozens of festivals and conferences worldwide. He lives in Tel Aviv, where he founded the Sha’ar International Poetry Festival and served as its Artistic Director. He is also a founding member of the World Poetry Movement and of the European Association of Writing Programs, and he is National Coordinator for the U.N.-sponsored venture “Poets for Peace.”