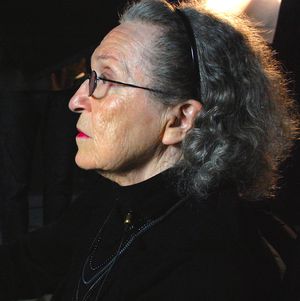 Fay Webern was born on the Lower East Side in 1927 to Russian-Jewish immigrant parents and grew up living at the Lavanburg Homes, an experimental utopian housing community for low-income families. A talented child dancer, she studied from the age of seven with a member of Hanya Holm’s dance company, but her professional ambitions were dashed by an accident she suffered at the age of fifteen. She later had a long career in publishing, rising to copy chief at Scientific American and then senior editor at Encyclopedia Britannica, Harper and Row, and Random House.

Upon retiring in the late 1990s, she studied non-fiction writing at the Gotham Writers Workshop with essayist Tyler C. Gore. With his encouragement, she soon became a regular reader at NYC venues such as The Knitting Factory and Arlene’s Grocery until she moved to Vermont in 2002, where she still resides.