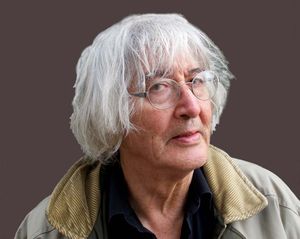 Iván Argüelles is an innovative and widely published Mexican-American poet. He was raised in México DF, Los Angeles, and ultimately Rochester MN. He received a BA in Classics from Univ of Chicago, and a degree in Library Science from Vanderbilt. A professional librarian, he was employed by the New York Public Library and the Library at UC Berkeley. A prolific writer, he has published numerous poetry collections, foremost among them: "That"” Goddess; Madonna Septet; Comedy , Divine , The; FIAT LUX; Orphic Cantos; Fragments from a Gone World; and most recently HOIL, and Twilight Cantos. He received the 1989 William Carlos Williams Award for Looking for Mary Lou. In 2010 he received an American Book Award for his collection The Death of Stalin. In 2013 he was given a Lifetime Achievement Award from the Before Columbus Foundation.

The Rudiments of Poetry