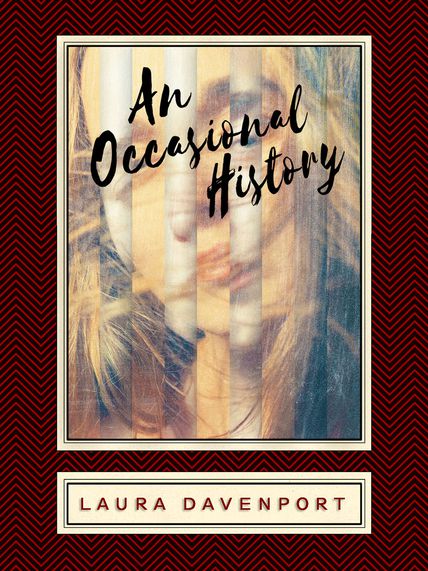 Laura Davenport’s poetic and harrowing An Occasional History investigates how language and a person’s place within it come to be defined in the context of an abusive relationship—one whose terrible violence is ever so gradually revealed, as layers of language and forgetting are progressively peeled away. Through five sections of differing form, in which romance novels, the OED, and etymological histories play prominent roles, we approach the core of knowledge step by step, and come to experience not merely abuse and its ramifications, but the central role in it of how language is shaped by power relations, and vice versa.

Formally unique, acutely painful yet uplifting, and exquisitely written in every detail, An Occasional History sustains an almost magical double perspective: a deeply knowing aesthetic distance and hard-won wisdom, and an intimate, willing identification with the immediate, almost to the point of being lost within it. In An Occasional History, as in all great writing, language and soul interrogate themselves through the power of poetry.

“An Occasional History is a marvel of ferocious precision, an act of engaged, unblinking observation, a well of stories, of shards, of shatterings. Truth rings loud through this fine book, the deep bell that keeps needing to be struck. I’ve been a confirmed fan of Davenport’s writing for fifteen years; I’m so glad that with this important publication the wider world now gets to join me.”

—Laird Hunt, author of Kind One, Neverhome, and The Evening Road

“An Occasional History works on the reader and long after the book is ‘done.’ This writing (which never excludes the unlettered gaps, that which is unsounded) painfully and brilliantly elucidates the space between words, so that when those spaces are punctuated, we feel it acutely. The oracular tension between the nervous system of language and the nervous system of the body calibrate. The result is revelation.

“A meditation concerning how we occupy the curvature of vowels and the ways consonants break against our teeth, how our syntactical emergences erupt into speaking—how, in other words, the alchemy of language might lead to liberation. Here is a kind of primer for how to be born through the long night of terror. Don’t underestimate this book. It is profound.”

—Selah Saterstrom, author of Slab and The Meat and Spirit Plan