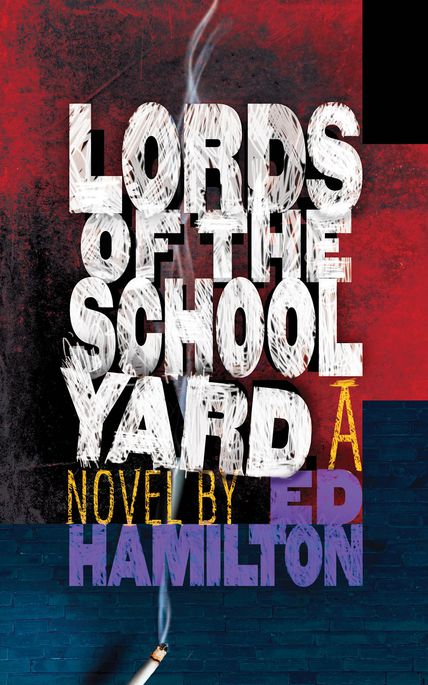 The young roughnecks in Lords of the Schoolyard, best friends since eighth grade, smell the roses in their own way: tormenting and manipulating smaller kids, sassing teachers, throwing smoke bombs, and sneaking cigarettes in the school bathroom. They may be outcasts, unable to fit in or to follow rules, but they never take it lying down; instead, they take it out on others.

Stark, brutal, at times darkly humorous, and written in a powerfully pared-down style purged of any ostentation, Hamilton’s story is told from the point of view of one such antisocial bully. The effect of identification with a character so blithely inconsiderate of his own cruelty is exquisitely uncomfortable, even shocking, and captures with unforgettable force the anomie and amoralism of the adolescent mind, as well as the fundamental, sorrowful human innocence that lies beneath it. This harrowing immersion into the inner reality of a little boy who chooses victimization over victimhood casts an all-too-timely light on contemporary society in 2017.

Lords of the Schoolyard is the first novel from Ed Hamilton, author of The Chintz Age and Legends of the Chelsea Hotel.

“This disturbing, powerful debut novel ushers readers into the nasty, brutish world of adolescent bullies—lords of the schoolyard…. The question Hamilton asks is an urgent one: Where do young men like this come from? Here he seeks to provide some provisional answers to this important question…. A compelling and timely novel; recommended for fans of literary fiction.”

“Lords of the Schoolyard isn’t just Hamilton’s first novel, it’s his first book that isn’t set in New York City. In contrast, the novel is located in an almost stereotypically nostalgic mid-20th century suburb. This works to make Tommy’s story more universal—it cannot be brushed off as a singular story, but one that pervades America.”

“Hamilton’s novel shows us how we become who we are, and what happens when the bully is also the victim.”

—Sean Faulk in The Coil