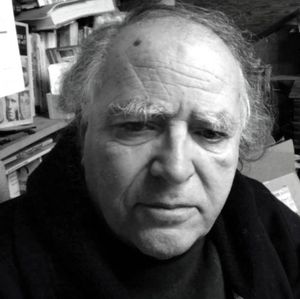 Jack Foley (born 1940) has published thirteen books of poetry, five books of criticism, and Visions and Affiliations, a “chronoencyclopedia” of California poetry from 1940 to 2005.

His radio show, Cover to Cover, is heard on Berkeley station KPFA every Wednesday at 3; his column, Foley’s Books, appears in the online magazine, The Alsop Review.

With his late wife, Adelle, Foley performed his work (often “multivoiced” pieces) frequently in the San Francisco Bay Area. He is continuing to work with others. With poet Clara Hsu, Foley is co-publisher of Poetry Hotel Press.

In 2010 Foley was awarded the Lifetime Achievement Award by the Berkeley Poetry Festival, and June 5, 2010 was proclaimed “Jack Foley Day” in Berkeley.

The Tiger and Other Tales